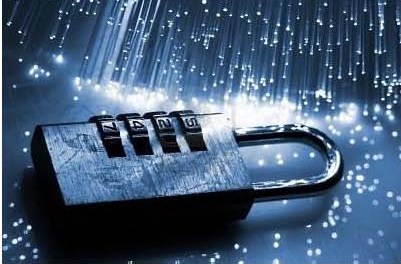 What is a Deliverance Session?

It is a structured path to obtaining inner healing and deliverance. The sessions do not involve nor constitute counseling, and are confidential. There are no forms to fill out in advance of a session. Sessions typically take 2 hours.

A Deliverance session incorporates inner healing and deliverance. Inner healing is using prayer and the Word of God to heal the deepest wound to our soul. Wounds that were caused by trauma or abuse, anything that was too much for us to cope with. And most of these wounds happen when we’re kids. Children have virtually no coping skills. Inner healing gets to the deepest root of the trauma, and gets it healed…permanently. Deliverance is just another palatable word for exorcism. In short, it’s casting out the demons by invoking the name and the authority of Jesus.

We’re a 3-part being. Body, Soul, and Spirit. Your Spirit is what’s born-again when you receive Christ. You’re body is your body. Your soul is your mind, your will, and your emotions. If we get traumatized… let’s say you have a 3-year-old little girl. She’s getting babysat by her crazy drunk uncle. The kid’s making too much racket and crying. The uncle just beats that little girl. No little child can handle that, much less an adult! And so, what we do is we disassociate and just kind of go away in our mind for a little bit while the trauma happens. And at some point, we kind of snap back. And when that happens, that creates a little tiny split in our soul that holds all the pain and all the memory. And every time we get hurt, it creates more of these little splits. And they hold pain and they hold the memory. They are like a little file back there in the back of your mind. It allows you then to grow up and go to school and get married and have a job and a life without having all that pain and trauma in front of your mind. So, it’s a coping mechanism. The moment wounds like this get created, demons come in on that wound. And they torment that wound.

So, when people come and say I am tormented by anxiety. I have rage. Or I have terrible shame or guilt. Or I have fear, or disappointment, or any elevated emotion… What they’re telling me is they’ve been hurt. And they have demons on the wounds. People come to me after they’ve prayed for themselves, and they’ve had other ministers pray for them. And they’ve commanded stuff to leave in Jesus name over and over. And still the demons don’t go. That’s when they come to me.

My prayers are the same as everybody else’s. But what I do is a skill. It’s a skill honed through years and years of doing inner healing and deliverance. What I’ve learned are the rules that Satan has to play by. The rules demons MUST play by. And one of those rules is – when there’s a wound, they do not have to leave until that wound is healed all the way down at the root.

I take people to the very worst moment of a wound, and just say, “Jesus, come now. Jesus, come now.” And He’s going to do one of 2 things. Either He’s just going to take the emotion away from that wound. Or he’s going to speak just a couple of words and bring truth to some lie that they’re believing. And THAT heals the wound instantly. And it’s gone!

The reason this works is because the Lord says in His Word, “I’m close to the brokenhearted”. Those that are brokenhearted have parts of their soul that hold the pain and the memory. The Lord comes to heal it every single time. He is faithful and He WILL come. He’ll take the painful emotion. And it’s gone. And then you can command every demon on each one of those wounds to go to the pit, in Jesus Name. And instantly they go.

A thorough step-by-step process will then take place to discover and close any open doors where demons may be hiding.

We will also eradicate their influence by uprooting generational patterns.

Some folks need to have demonic assignments cancelled to end the cycle of God’s plan constantly being postponed or thwarted.

Also, if there is a physical infirmity, time is taken to find out if it is associated with any past trauma, or if there is a generational component.

Through the leading of the Holy Spirit, physical healing and deliverance can take place in a calm peaceful manner.

Many say, “Christians can’t be possessed!” or “It is unthinkable to believe the Holy Spirit would let a devil in a Christian’s body, which is God’s temple.” I partly agree, but here’s were there’s error. Yes, the phrases ‘demon-possessed’ and ‘possessed by a demon’ appear 13 times in the New Testament. But if you try to find the word ‘possessed’ by itself, in the KJV NT, you won’t find a single passage. There is no translation for the word possessed.  When you search for the word ‘devil’ however, you will see that the word ‘possessed’ was pulled in to describe the devil’s influence; phrases like “possessed with a devil” or “demon-possessed”.

In 11 of the 13 passages, you find the Greek word Daimonizomai (1139). Strong’s definition is; possessed by a demon, vexed with a devil, or having a devil.  For us today, the word possess refers to ownership, so we automatically conclude that the translation ‘demon-possessed’ would mean ‘being taken over by’, or ‘owned by a devil’.  But when the people of Jesus’ day heard ‘daimonizomai’, they would have concluded the person was coming under the influence of a demon, or being influenced by a demon, because possessed did not mean ‘owned by’ to them.

2 of the 13 New Testament passages that used the word possessed describing the demon’s relationship in a person’s life is the Greek word Echo (2192). Strong’s definition is to have, hold, possess. Not be possessed by, but to possess.

Let’s say you own a house, and you happen to leave the back door open. Someone can come in and steal, destroy, or set up a booby-trap. But he doesn’t POSSESS your home. He’s in it but doesn’t OWN it. You own the house.

If there’s a rat in the attic of your house. That means you have a rat. The rat doesn’t have you, or your house. He is an intruder. Demons don’t have you. You have demons. The word is demonized, or to have a demon. No one, including non-Christians, are demon-possessed. Ezek 18:4 says, “Behold, all souls are mine…” God claims ownership of everybody and demons cannot ‘own’ a human, not even non-believers.

Since the word possessed does not translate back to the NT Greek, I believe the phrase ‘demon possessed’ or ‘possessed by a demon’ is an incorrect translation. It should be translated ‘has, or having a demon(s)’, not demon possessed. Further proof is 1 Cor 7:23, that a child of God cannot be owned by an evil spirit; “You were bought with a price…”

It’s possible to be a believer and have an evil spirit affecting you physically. There are many passages where Jesus commanded a spirit to leave and the infirmities cleared up. Luke 13:11, “…there was a woman which had a spirit of infirmity eighteen years, and was bowed together and could in no wise lift up herself.” She was said to be a daughter of Abraham, which clearly tells us she was a believer.

Lorraine Larzabal and her team will come and train your group.

This website uses cookies to improve your experience while you navigate through the website. Out of these cookies, the cookies that are categorized as necessary are stored on your browser as they are essential for the working of basic functionalities of the website. We also use third-party cookies that help us analyze and understand how you use this website. These cookies will be stored in your browser only with your consent. You also have the option to opt-out of these cookies. But opting out of some of these cookies may have an effect on your browsing experience.
Necessary Always Enabled
Necessary cookies are absolutely essential for the website to function properly. This category only includes cookies that ensures basic functionalities and security features of the website. These cookies do not store any personal information.
Non-necessary
Any cookies that may not be particularly necessary for the website to function and is used specifically to collect user personal data via analytics, ads, other embedded contents are termed as non-necessary cookies. It is mandatory to procure user consent prior to running these cookies on your website.
SAVE & ACCEPT